The future of nuclear medicine: Russian doctors are introducing the use of Rhenium - 188 into clinical practice

March 10, 2022 was a milestone event not only for NMRRC but also for the whole national health care system. It was in our country that a radiopharmaceutical based on radionuclide Rhenium-188 (Re) was developed, produced and applied in radiosynaectomy.

Radiosynovectomy - radionuclide treatment of chronic synovitis of the knee joint was carried out in the framework of clinical research in the branch of NMRRC in Obninsk - A. Tsyb MRRC. Joint diseases, including synovitis, are very common and often take a chronic form. The difficulty with therapy is that sometimes the disease becomes resistant to medication.

This is exactly what happened to our patient Tatiana, who was the first person to take part in a clinical trial of the new RPh. Tatiana is 65 years old and has been practically bedridden for more than a year. Unbearable pain in the knee joint, constant therapy and pain medication did not help any more. According to Valeriy Krylov, Head of the Radiosurgical Treatment with Open Nuclides Department, t A.Tsyb MRRC, at least 5,000 patients need such treatment in our country alone.

As a reminder, the procedure of radiosynovectomy with RPh is not new. Until 2000 it was performed using colloidal gold-198, but then it was no longer available in Russia, because the financing was cancelled. Over the last few years the Russian Ministry of Health in collaboration with Russian Federal Medical and Biological Agency has developed a new and improved radiopharmaceutical based on human blood albumin microspheres 5-10 mm in diameter, labeled with radionuclide 188Re. The drug was named MCA 5-10 µm, 188Re, and has already successfully passed pre-clinical trials.

"Today, the issue of import substitution is more important than ever, says Andrei Kaprin, Director General of NMRRC and Academician of Russian Acandemy of Science and Russian Academy of Education - this radionuclide makes it possible to produce a whole line of drugs that are very much needed to treat different cohorts of patients, both those diagnosed with cancer and those with other diseases. And the unique compact rhenium-188 generator developed jointly with the State Research Centre Russian Physics Institute makes it possible in the future to replicate this method not only in our country but also in other near and far foreign countries.

The invention and introduction into clinical practice of new radiopharmaceuticals became possible owing to the support of the Russian Ministry of Health and the Russian Government, which help Russian medics and scientists in their developments. "We have been given the opportunity to synthesize and produce drugs that will serve the cause of patients. And it is important that these are our Russian drugs, which will be precisely targeted, precisely domestic, and precisely guaranteed in production," said Andrei Kaprin.

On March 10, 2022 a radiosynovectomy was performed on another patient, a 39 year old man who also suffers from knee synovitis. Each operation took no more than 20 minutes and was carried out under local analgesia. Immediately afterwards, the patients were examined on a gamma camera, which showed an even RPh distribution in the knee joint cavity. "We can see the presence of an effusion and the distribution of our radiopharmaceutical in it, which will have a therapeutic effect," said Dr.Mikhail Sigov, Radionuclide Diagnostics Department, A.Tsyb MRRC.   - Patients will be examined again after 24 and 48 hours using the gamma camera”. On March 14, after the control tests the patients will be discharged from the hospital. At the moment they are feeling well and expect a speedy recovery.

“Today is a very important day for us, and is the result of many years of work carried out by doctors, scientists and specialists at our centre," said Sergei Ivanov, director of the Tsyb MRRC. - We have accumulated a great deal of experience in the use of radionuclide drugs in diagnosis and therapy. Today, in view of the new developments, we expect the medication to have a particular therapeutic effect, whereas the radiosynovetomy method itself to be very promising from both a scientific and clinical point of view’.

If you suffer from a chronic knee disease and would like to undergo rhenium-188 based radiosynovectomy, please send your medical documents to contact@nmicr.ru

with "radiosynovectomy" as a subject. Be sure to leave your contact details. 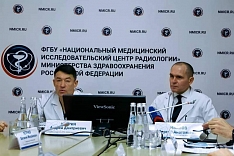 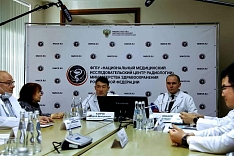 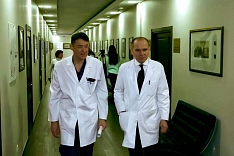 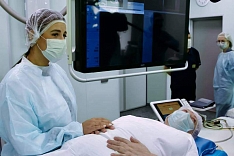 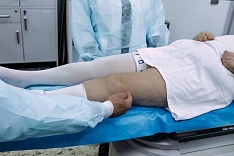 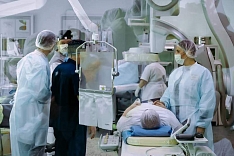 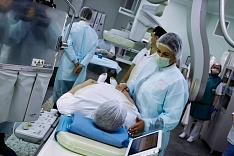 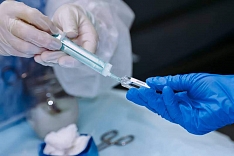 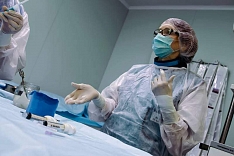 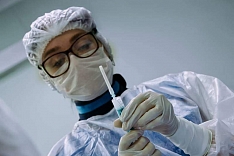 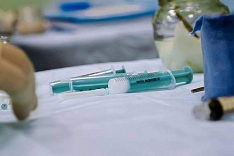 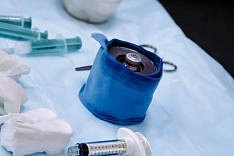 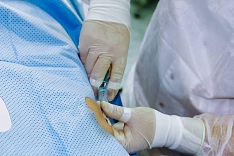 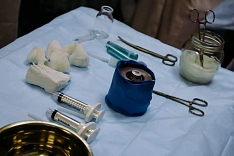 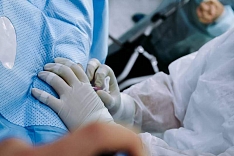 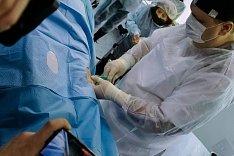 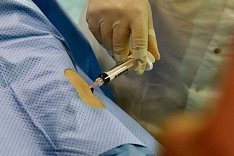 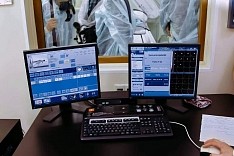 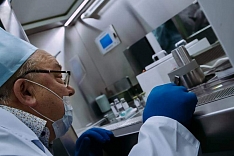 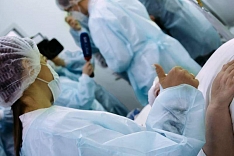 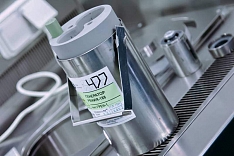 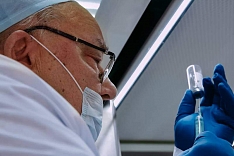 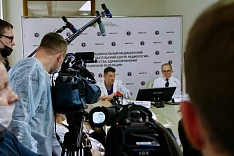 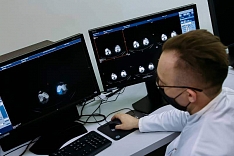 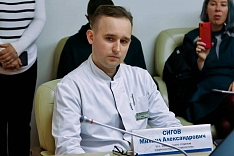 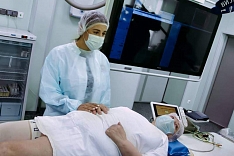 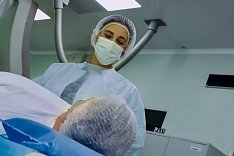 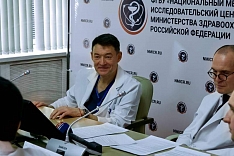 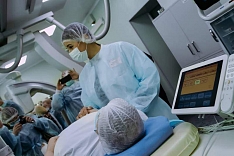 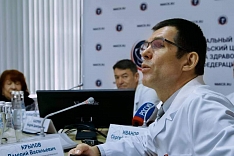