How a successful TV worker became a famous cancer chef

In May 2018 an unusual patient appeared in the Thoracoabdominal Department of the P.Hertsen Moscow Oncology Research Institute, a branch of the NMRRC. He had been here several times before, but as a member of television teams that helped doctors to talk about the best practices of Russian oncology. Now he needed help himself.

- In 2014, on a regular business trip, I felt pain under the ribs, in lungs or bronchi, but one of my colleagues said, well, maybe it was the stomach and offered to drink Almagel. I drank and I felt better, - he told his attending physician. - I even went to the out patients clinic and drank some pills.

For a while, the pain ebbed away.

In 2018, when the pain had become regular, he underwent a comprehensive examination and gastroscopy revealed cancer.

The third stage already. Nikita applied to the P. Hertsen MORI. The morphology of the disease was clarified once more and the tactics were chosen - radical treatment.

Unfortunately, there was little choice at this stage. But Nikita was not discouraged and was preparing for the operation.

At the appointed time, the Head of the Department, Dr.Vladimir Khomyakov and his team, performed a surgical removing of the stomach, then, our patient underwent 6 courses of chemotherapy.

- When I finished the treatment, I, like many people with similar radical operations on the stomach, faced the problem of nutrition. I started looking in reference books for what I can and cannot do. Doctors from the P.Hertsen MORI gave me advice in general, while the details - how to make my diet both healthy and useful, given that there is no main digestive organ - I thought out myself. I tried, I experimented. The fact is that I have a second profession - I am a cook, so the basic secrets of cooking are familiar to me.


While Nikita was looking for answers to his questions, he met a lot of people with the same problem. He decided that his experience could help them. This is how the first account in popular social networks was born.

Our hero was so carried away by this issue that he left television and decided to devote himself entirely to the project, which he called "OncoDiet", where clinical nutrition specialists give tasty and healthy recipes for people without stomachs, as well as various useful tips. For example, what to do with low iron and vitamins? How to gain weight?

- After I finished the course of chemotherapy, I left for the “dacha”, a country house. The store there was located 1, 2 km from my house. I only took groceries for one day and every day I traveled almost three kilometers round trip. I ate often and fractionally. My day went like this: stove-computer, computer-stove. And the weight has stabilized, and now I lead an almost normal, active lifestyle. All summer my 6-year-old daughter and I go fishing on the lake Seliger. Her mother stayed in the city, she trusts us.

Recently Nikita Poludo became a guest of the live broadcast on Instagram of the academician of the Russian Academy of Sciences Prof. Andrey Kaprin. Professor found out several culinary recipes from him and promised also to try cooking steamed cheesecakes.

Analyzing the history of this unusual cancer patient, you are once again convinced that the main thing is not to give up. There is always a way out! And who does not believe - go to the site onkodieta.ru, there you will meet people united by the desire to win. This is their strength. 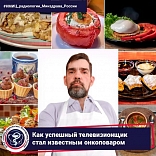 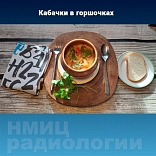 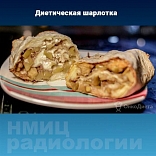 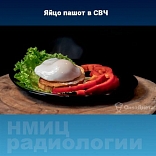 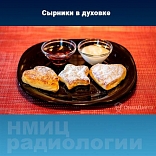 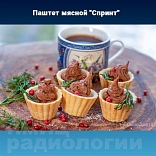 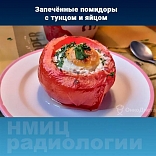