A UNIQUE OPERATION ON THE MAMMARY GLAND WAS PERFORMED AT THE A. TSYB MEDICAL RADIOLOGIGAL RESEARCH CENTER

Russian radiologists of A.Tsyb MRRC performed alpha-emitter brachytherapy for inoperable metastatic breast cancer for the first time in the world.

November 28, 2019 at A. Tsyb MRRC - a branch of the Federal State Budgetary Institution “National Medical Research Radiological Center” of the Ministry of Health of the Russian Federation - under the international scientific protocol, the first-ever operation on alpha-emitter brachytherapy for inoperable metastatic breast cancer was performed.

For its implementation, our foreign colleagues world experts in brachytherapy came to Russia: the author of the method of using alpha particles in oncology, Professor Iona Keisari (Israel), chief medical specialist of the Alpha-TAU microsource manufacturing company Robert Benjamin (Israel), Professor Razvan Galalae (Germany). Under his leadership, a unique operation was performed, which has no analogues in the world.

A.Tsyb MRRC was not accidentally chosen as a site for such a large-scale and promising experiment. It is a part of the powerful cancer cluster - NMRRC of the Russian Ministry of Health and has wide experience in applying the brachytherapy method.

A unique technique developed on the basis of the destructive effect of alpha particles on cancer cells has already been used for other locations, in particular, head and neck tumors. Their main difference from other known radiation is that alpha particles not only destroy the tumor, but also contribute to the development of protective properties of the immune system.

“We hope that this method will not only save the lives of patients with advanced forms of breast cancer, but also will allow to get to such formidable diseases as pancreatic cancer,” Professor Keisari said before the operation. “We express our deep gratitude to all of your team and, in particular, to NMRRC Director General, Academician Andrei Kaprin and the Director of the A.Tsyb MRRC Professor Sergey Ivanov for the opportunity to work here in Russia on such an interesting project as part of the international scientific protocol, which involved more than two dozen countries”.

Three years ago a special group of clinical scientists was created in A.Tsyb MRRC that has been introducing and studying various methods of brachytherapy application. It consisted of Alexander Obukhov, Natalia Borysheva, Vitaly Biryukov, who took part in this unique operation. It lasted four hours and was successful. After two weeks, the introducers through which alpha particles were delivered to the tumor will be removed. The result of their exposure will be visible in a month. The rest must be done by the body itself: to develop protective mechanisms to combat distant metastases.

“Our team worked as a single harmonious organism, like an orchestra,” Professor Galalae said after the operation. “We are thrilled with the level of training and professionalism of our colleagues from the A.Tsyb MRRC. Everyone knew his role perfectly and skillfully interacted with the entire team of doctors.

Together with you, we have opened a new page in our common fight against malignant neoplasms and I am sure that this will give very good results”. 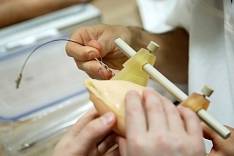 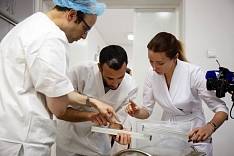 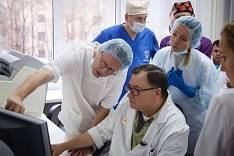 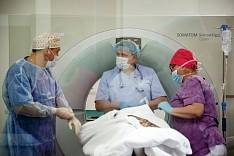 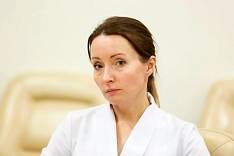 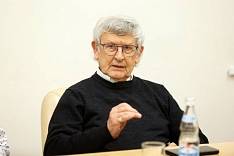 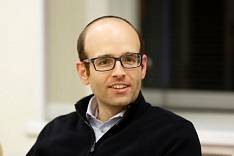 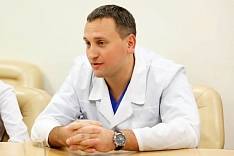 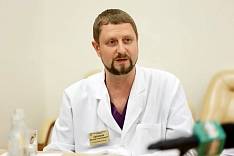 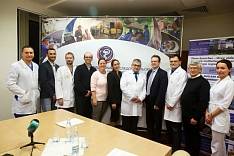 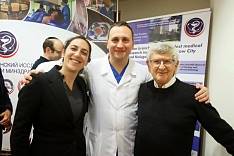 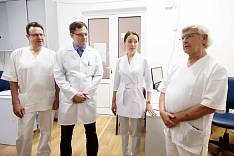 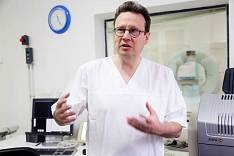 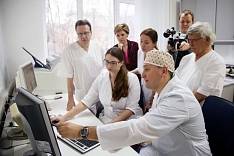 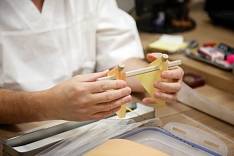