Life is struggle. These words are about Said. For 24 years of life he was treated. He was treated for his chronic kidney disease in the Nephrology Department, and for periodic exacerbations of chronic pyelonephritis, he was treated in the Urology Department. In November 2019, the patient again turned to doctors. Medical examination showed the results: azotemia rose to 350 mmol / l, proteinuria - up to 1 gram per day. Said was hospitalized.

Chronic kidney disease stage 5 - it was with this diagnosis that Said arrived at the N. Lopatkin Scientific Research Institute of Urology and Interventional Radiology, NMRRC branch. Dialysis is required. 24 years old. Complete dependence on the disease. The kidneys almost stopped functioning.

And that was the moment, Said's mother made a decision - she would overcome the situation. It is impossible to go to the procedures all life, depend on them, it would be better… She knew what was best for her son. A new kidney. The mother decided to save her son, give him a new life, break the vicious circle, give him her kidney.

Human’s organ transplantation between relatives. Yesterday it was a fairytale. Today it is a reality, and about five or six centers in Russia, departments of transplantation, those who survived in Corona –virus lock down conditions, perform it.

-In our country, we have about two hundred such operations performed every year, - says Sergey Arzumanov, the Chief of the group of transplantation and renal replacement therapy of the N. Lopatkin Scientific Research Institute of Urology and Interventional Radiology. As for the period before pandemic there were up to 60 surgical kidney transplantations performed every year in our center.

Today, due to the difficult epidemiological situation, this figure has been reduced by half.

Kidney transplant operations have become rare, although the need for them has increased significantly. If a person who needed to replace a kidney was on the waiting list for two or three years some time ago, now the period has increased to five years. The number of donors is very limited.

In five years Said would become 30 years old. No family, no children, no the opportunity to work. The mother decided to become a donor. According to experts opinion, a kidney transplant performed from a living donor has the best and safest result for the recipient, provides a minimum probability of complications in the postoperative period and a good function of the transplanted organ immediately after the intervention.

- We performed laparoscopic cutting out of the donor kidney along with the ureter. This is a standard practice in our Institute, which has been used for 10 years. - Doctor Sergey Arzumanov concludes , - it minimizes the surgical trauma of the donor, and ensures his rapid rehabilitation. Usually, the donor is discharged from the hospital for 5-7 days after the operation. Next, we performed a fairly standard kidney transplant operation, which is routine for us, - doctor concludes, - we only have to wait for the young organism to quickly adapt to the new reality and recover.

The new kidney will help the young man to return to a normal social life, and, we hope, will protect him from constant torment and endless visits to the doctor.

The operation to transplant a donor kidney was carried out in normal mode, the mother and son were already discharged from the hospital and went home. 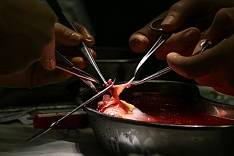 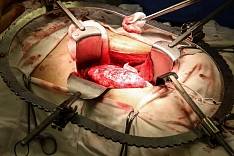 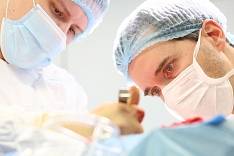 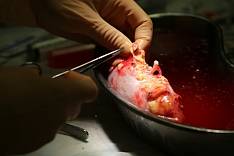 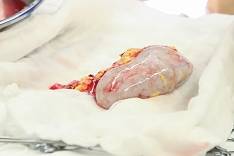