For the first time the NMRRC will show administration of a new domestic radiopharmaceutical (RP) with the radionuclide Rhenium-188.

On March 10, the specialists of A.Tsyb Medical Research Radiological Center, a branch of the NMRRC, will provide radionuclide treatment of chronic synovitis of the knee joint (radiosynovectomy) using an RP, containing radioisotope rhenium-188 (188Re) which was developed and produced in Russia, Obninsk.

The event is significant in that it is the first procedure of its kind to be performed using an RP synthesized and manufactured in our country. It became possible due to the support of the Russian Ministry of Health, which adopted a number of normative legal documents supporting Russian doctors and scientists in the development and clinical application of new radiopharmaceuticals.

Since 2000 radiosynovectomy with an RP on the basis of colloidal gold-198 has been unavailable in Russia due to discontinuation of domestic production of the drug. Over the past few years the NMRRC has developed and, in collaboration with FMBA, passed preclinical trials of a radiopharmaceutical "MCA 5-10 microns, 188Re", which is even more advanced compared with the drug based on colloidal gold – 198. It makes the method of radiosynovectomy, demonstrated on March 10th, extremely promising, both from a scientific and a clinical point of view.

Whereas the compact rhenium-188 generator (model GREN-1), developed together with JSC "SSC RF - FEI" (Obninsk) and being the only one in Russia, which is used to synthesize this radiopharmaceutical, gives an opportunity to reproduce this method even in remote regions of our country. 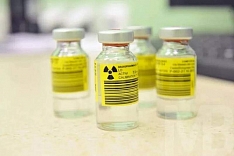 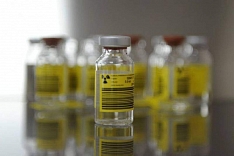 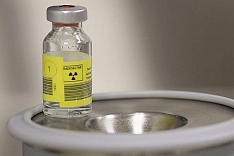 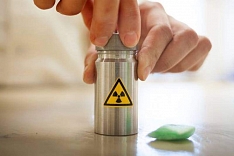